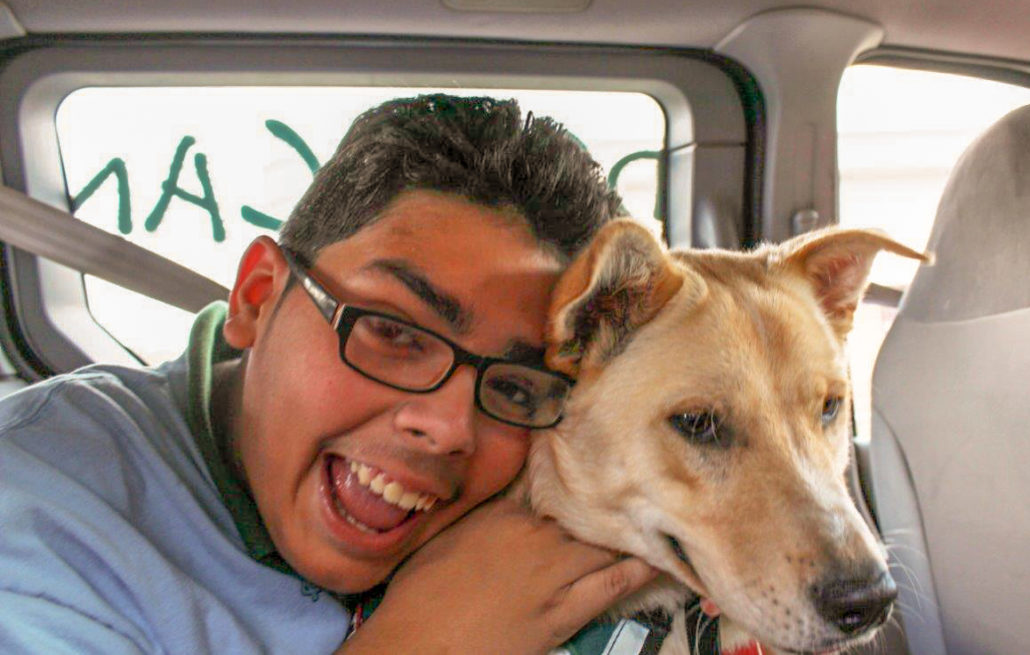 Donzel came to Kids and Canines having missed over 100 days of school. Donzel was dyslexic, had a stuttering problem, was overweight and as a result was not only bullied but was also a bully.

He was recommended for the Kids and Canines programs by his counselor because it was felt it would give him the incentive to attend school and build his self-esteem.

Donzel became attached to dogs in our program that had the least chance for success.  He felt that he could turn these dogs around.  Unfortunately for Donzel these dogs presented training difficulties that surpassed Donzel’s current training ability.  Each time a dog that Donzel was training was released from the program as a companion pet, not a service dog, Donzel took that personally and felt it was his fault for the dog’s failings.

The year that Donzel was assigned Ollie, a rescue  puppy, was a pivotal year for Donzel.  Donzel and Ollie were a great match.  Even though Donzel’s dyslexia prevented him from always training in a standard way, Ollie instinctively knew what Donzel wanted him to do and would correct himself, giving Donzel a sense of accomplishment that he was learning better training skills.

This sense of self-worth and accomplishment continued to blossom and carry over in all aspects of Donzel’s life.  He started losing weight, made friends, attended school and improved academically.  The impact that Ollie made on Donzel was life changing.

At the start of the 2017-2018 school year, Donzel mainstreamed back into public school, now attending Gaither High School.  We hear that he is doing quite well… a testament not only to our program but also to the impact that rescue dogs can have on improving the lives of at-risk teens.