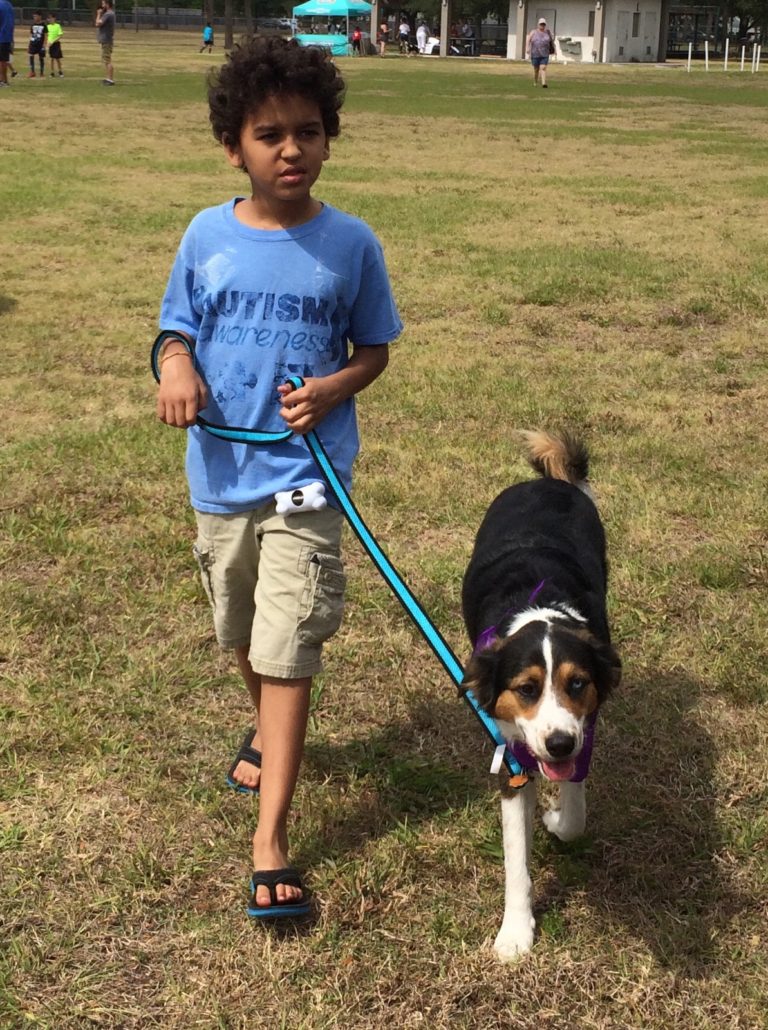 I am an 18 month old Border Collie.  I have 2 different colored eyes, like my sister Lucy.  We both came to Kids and Canines when we were 6 months old.  I am a long-haired, good-natured boy that is lovable.  Most people comment on my furry tail.

I am well-trained and obedient.  I love to hang out with friends, both the 2 legged and 4 legged kind.  I can be a little mischievous, and take my friends’ collars when we play.

Sam came to Kids and Canines in March 2017  with his sister Lucy.  These two stole the hearts of staff and kids alike.  Their unusual eye color (one brown and one blue) often made the younger children in our Furry Tales Program (reading program for elementary students) seek them out as reading buddies.

Sam and Lucy were a bonded pair.  It took several months before they would be able to be placed in different foster homes, but in class the two remained inseparable.

Sam is a gentle dog, who enjoyed being trained by the kids at Dorothy Thomas.  He was eager to learn and often provided reassurances that all was going to be OK to those who trained him.  His calm disposition, and willingness to be read to for 30 minutes without being distracted, speaks to his personality, that of one who loves people of all ages.

As part of Sam’s training he spent two months being trained at the Hillsborough Girls Academy, Department of Juvenile Justice.  There Sam enjoyed the company of 20 teenage girls.  These teens were able to complete Sam’s basic training, all that was left was some final training before he was ready for his Canine Good Citizen test, which he passed in February 2018.

Sam had a long road from rescue on the euthanasia list at a shelter in Alabama to is final home with Caden.   Caden is a shy, 10 year boy who is autistic.  His mom was looking for a companion to help Caden become more engaged.  The smile on Caden’s face was immediate and we are pleased to think that Sam, who journeyed so far is now there helping another. 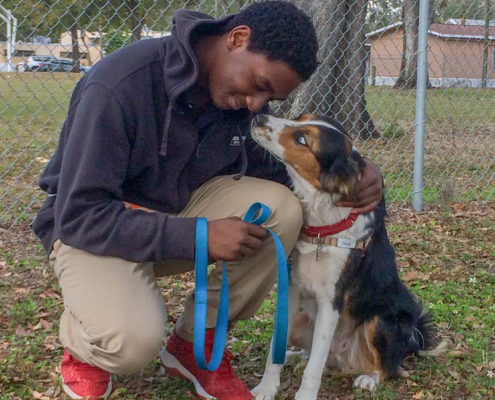 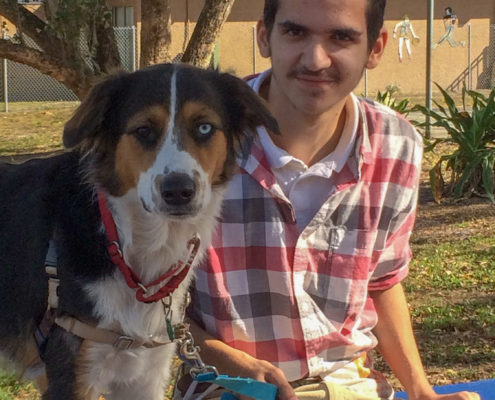 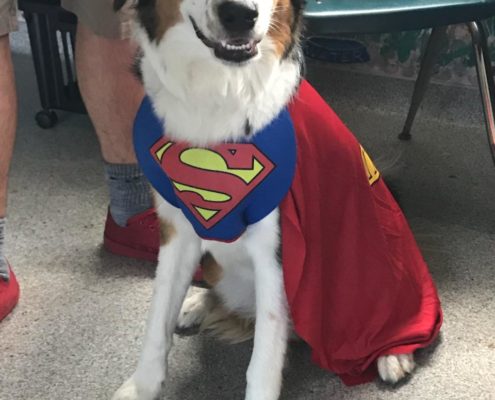 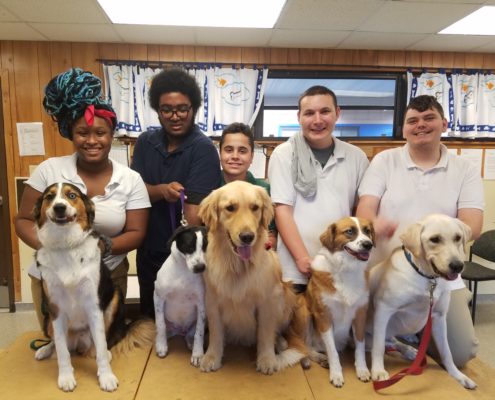